Fun Facts About Rummy That Many People Are Not Aware Of 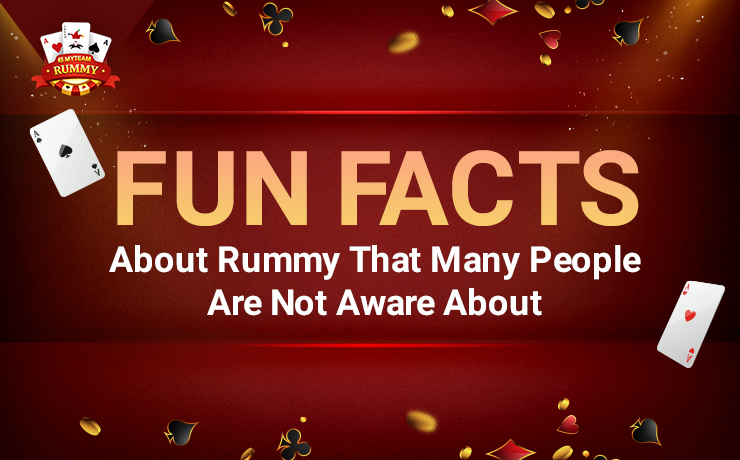 Online Rummy card game is a fun-filled and exciting game. It is played between 2 to 6 players. There are a number of strategies and skills that any player can learn while playing the online rummy game. Luck plays an important role while playing but strategies will make you win. You have to be aware of all the rules that are necessary for playing Rummy. you must also know some interesting facts about rummy. Almost all the variants of rummy have similar rules with slight variations.

There are a few points and facts about rummy that many players and people are unaware of. A few of them are mentioned below:

The Rummy game was developed long ago and is loved by people, gaining a lot of popularity for ages. There are about 60 variants of rummy that are played. A few of them are- Indian Rummy, Gin Rummy, Rummy 500, Three Thirteen, Block Rummy, Round the Corner Rummy, Bing Rummy, Shanghai Rummy, Knock Rummy, Speed Rummy, Tong-its Rummy, Contract Rummy & 13 Card Rummy.

These are some of the variants that are played across the world and are the famous ones. There are various claims that card games like Bridge and Pinochle were derived from rummy. It can be concluded from this that rummy is the mother of all card games.

There is a strong belief and many claims are made that Rummy is derived from a game called Whiskey Poker, which is a variant of poker. A card magician John Scarne studied the origin of the game and concluded that it evolved from a poker variant, whiskey poker, and came to be known as Rum Poker, which further evolved as Rummy. There are a few who believe that Rummy has evolved from French poker.

In ancient times, card games were famous but not played in online mode. They used to be played in casinos and gaming clubs. People traveled to such places when they wished to play games like rummy. But in this era, online games have become a trend.

You don’t have to travel to places for playing rummy. It can be played on your smartphone or laptop or any other smart device. Due to this, a number of people have gained access to these games at a time. Hence, the level of competition has increased and also the popularity. A person needs to have a few skills and strategies in order to play these games.

One of the strongest facts about rummy is that since 1970, and till today, the rummy card game has been in the top three games of the world. The Supreme court of India made the game legal in 1967 and it has become a part of Indian society since then.

You can become a mind reader

Playing rummy every day and regularly will definitely have a number of positive impacts on one’s mind. One such impact is that you start to become a mind reader. While playing Rummy, you are into a habit of reading the opponent’s mind. This habit will reflect in your real life too. Players adapt many such skills over a period of time.

Online Rummy card game is one of the most famous and favorite card games which is played almost everywhere in the world by all type of people and of all ages. Rummy game is a logical and simple game. You only need to understand all the rules properly.