How Board Games And Card Games Evolved In Indian Culture 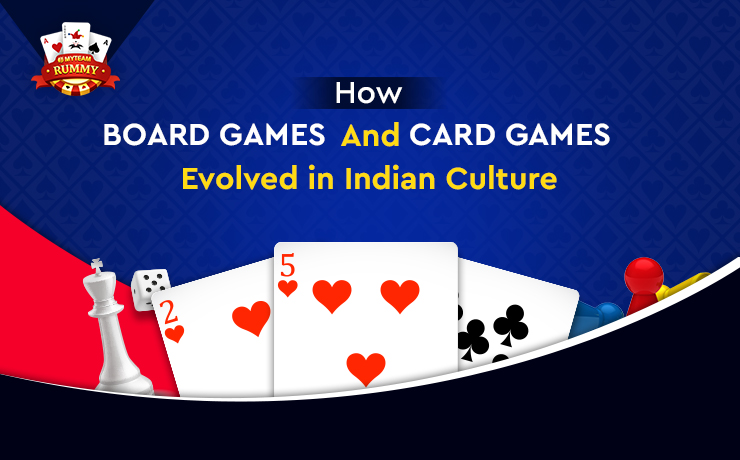 India is said to have introduced many board games to the world. In fact, chess, which is played globally and loved by many was invented in India. Because of the virtue of being one of the oldest civilizations, India has been ahead of most of the other countries in terms of being attached to its roots. The reason why we Indian love games that are derived from boards, is because we introduced it to others, and also, we specialize in them.

The same goes with card games too, it was hugely played during medieval times. Even though it was brought in from Persia, the popularity of card games was no less in India than in any other country. Hence, online rummy and other games have an impact on gamers because we love these games by heart.

Board Games in India

Since the earliest civilization, India was home to a rich culture filled with extraordinary things. During those times people invented board games that evolved through the centuries. Chess and Ludo are among those board games; however, the former’s popularity skyrocketed throughout the globe. Another board game was Snake and Ladder which is still played in our homes. In the first decade of the 21st century, smartphones weren’t so common; hence, youngsters relied on board games like carrom and chess to entertain themselves.

Alternatively, this generation has an abundance of technology and everybody is exposed to smartphones. Given the pandemic, the youth was locked inside four walls and had no choice to go back to the old days but with a newer approach, that is playing online. We still played all those beautiful board games but the only difference was that we played it online. And honestly, the youth had no other option too.

The surge in online games gave rise to card games too. Then came online rummy games and other card game apps which saw even a greater surge. Games related to cricket and fantasy were already on top of the charts, but rummy and poker among other card games are loved by the audience even more.

These card games were a part of our culture and were mostly played only on big occasions or gatherings. Some people still play card games only on Diwali or occasions. But in recent times, online apps have made it easier for consumers to play their favorite game anytime anywhere. This has led to people migrating over these apps in big numbers.

The interference of technology in these card games has made people enjoy these games effortlessly. Also, the best rummy game in India has a very good user interface that makes the user indulge in it and invest a lot of his time.