Most Renowned Movies based on Card Games 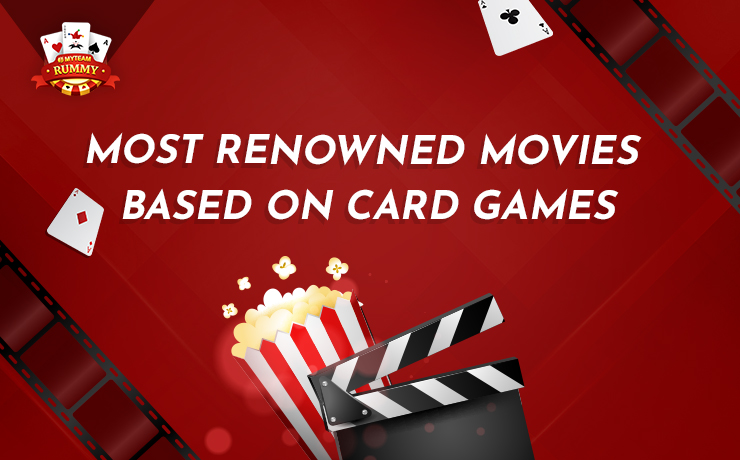 Movies exert influence on human beings forcibly since the integrated effect of images, music, dialogue, lighting, sound, and special effects can bring out deep feelings and help us to relate them with our own lives. So here is a list of few movies based on card games that might enjoy watching as an online rummy player. These can possibly help you in enhancing your gaming skills.

21, an American film released in 2008 was directed by Robert Luketic. The story of the MIT Blackjack Team is the motivation behind the film. This movie was a blockbuster in the United States and Canada. The stars in the film are Jim Sturgess, Kevin Spacey, Laurence Fishburne, Kate Bosworth, Liza Lapira, and Kieu Chinh. Basically, this movie is about six MIT students. They were provided training by their Professor at Blackjack. The motive was to become champions in card counting and eventually took Vegas casino for millions of Winnings.

Rounders movie is an American drama based on the story of an underground world of high-stakes poker. Because of stars Matt Damon and Edward Norton, Rounders became a very popular movie. The movie is about two friends. They needed to pay a large amount of debt. They wanted to win a high-stakes poker game for the same. The term ‘Rounder’ here means that the person in search of high stakes card games visits from one City to another.

Teen Patti is an Indian movie full of sensation. Itis directed by Leena Yadav. The stars in the movie are Amitabh Bachchan, Ben Kingsley, R. Madhavan, Raima Sen, and Shraddha Kapoor. The movie is based on the story of a mathematics professor who was attempting to write a thesis on probability and explaining its relationship with the Teen Patti card game.

The Hangover is an American comedy film. It was released in 2009 and directed by Todd Phillips. The actors in the film are Bradley Cooper, Ed Helms, Zach Galifianakis, Healthier Graham, Justin Bartha, Ken Jeong, and Jeffrey Tambor. This movie is about 4 friends who go to a casino in Las Vegas to celebrate the bachelor party the whole night and the next day when they wake up with memory loss, they see the bachelor missing. They then go to the city in search of their bachelor friend.

Maverick is a comedy film. It is directed by Richard Donner and written by William Goldman. It based on the concept of 1950s television series, bearing the same name as that of the series. The movie spins around Bret Maverick, played by Mel Gibson, who was in dire need of money to play poker tournaments but features a variety of comic incidents and protests including a charming woman thief.