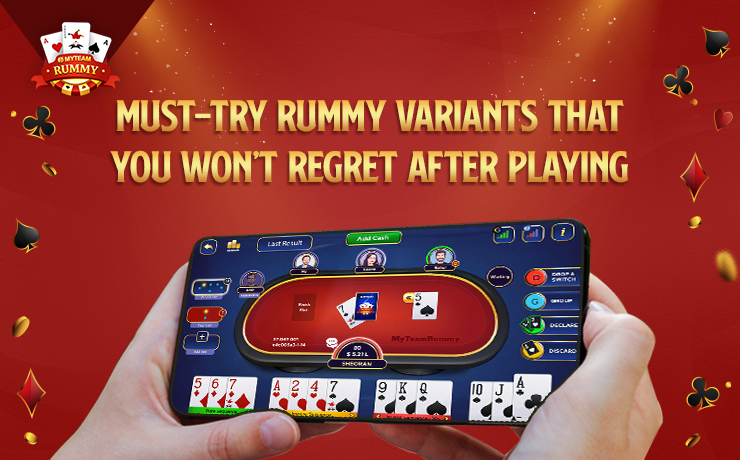 In India, rummy has been a part of people whenever they gather and party. It is a traditional game played on many occasions, including festivals and family get-togethers. The internet and smartphones have provided a boost in playing this card game, as it is not just a tradition to play rummy anymore. It has become one of the most played card games online. The online rummy apps have a variety of rummy variants which usually are discarded when people play at their homes. The emergence of these apps has allowed people to experience many variants of rummy, which they had never experienced.

In this variant, after a person declares he wins with zero points, and other players lose the same number of funds equal to their remaining points. You can decide any value for the points before the game, and based on that, people lose funds after they fail to declare.

Pool rummy is one of the most played rummy variants. It is played for a fixed points value, either 101 or 201. Players in this version enter the game lobby with a fixed fund, and they are supposed to play the game in a way that they should not reach the fixed point, which is either 101 or 201. If players reach the point limit, they are eliminated from the game, and the last man standing becomes the winner.

All the rummy variants are good to play, and in order to play all the variants on one platform, you should download rummy app in India.