Reasons why Rummy Game is known as Game of Skills 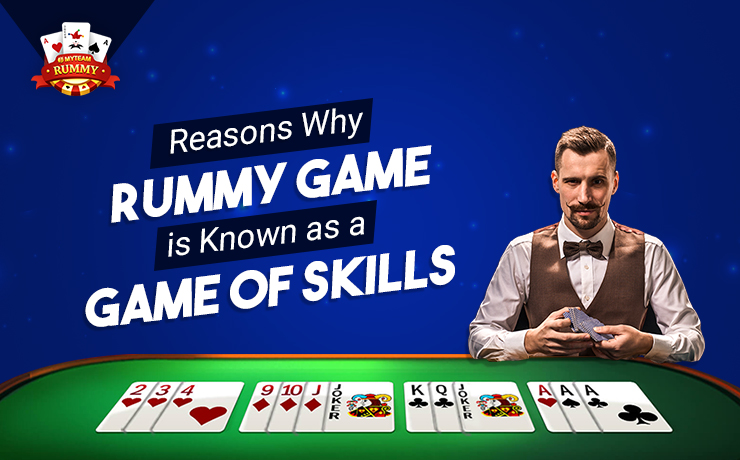 Rummy is a traditional card game. This game can be challenging as well as full of fun at a time. With the immense growth in online gaming technologies, the rummy portal has gained a lot of importance. One can play this game online, sitting at any corner of the world, and can connect with different people from around the world. Playing it online feels like we are playing it in reality.

And below are a few reasons which state that why the Rummy game is known as the game of skills.

In online Rummy, each player is dealt with 13 cards, distributed on a random basis through automated programming. The players have to arrange the cards into a valid combination of 3 or more as sets or sequences. To form the sets and sequences, you need to use your skills since every time player has to deal with a different variety of cards to win the game.

Practicing is a must

There is no role of destiny in Rummy. The only thing that can help you in winning the game is practice and regularity towards it. Once you start playing the game, you will understand the skills required for playing the game, basically, it is a brainstorming game.

The need of enhancing skills

If one wishes to be a champion of a Rummy game, then it is a must that the player develops his/her analytical and mathematical skills first. Player needs to increase their focus level. They must understand the moves of their opponents in order to discard the cards accordingly. Along with this, players need to take accurate decisions about forming the sequences. By this, they can make their way towards becoming a pro of the game.

It’s all about strategy

Legal as per Indian Jurisdiction

Because of Rummy being declared as a skill-based game by the Supreme Court the game is considered to be legal around the country. The Apex Court analyzed that the Rummy game is a skill-based game. And, it requires analytical, logical, and reasoning skills to become champion of it. Also, it is not a game of luck. And as the Government has declared the game legal, the number of players has also increased gradually and reached up to millions.

So by considering all the above points we can say that Rummy is a skill-based game. Also, it requires lots of practice to be a pro at it.