Rummy Basics and Rules You Need to Learn Right Now 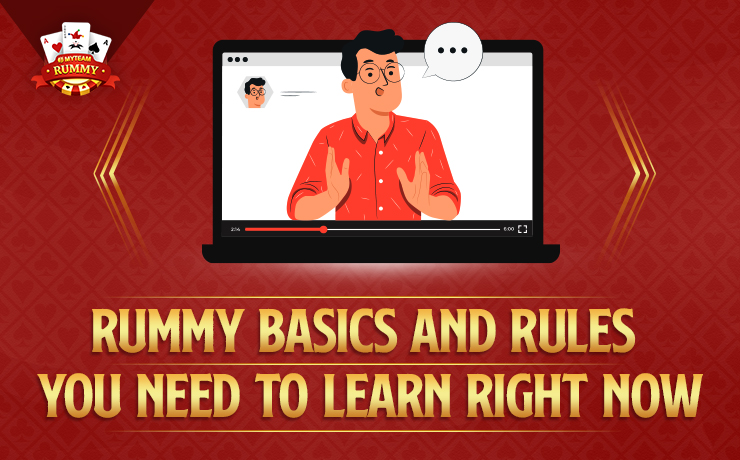 Rummy is a highly engaging well-known card game. It has become extensively popular over the years, and all the credit goes to online rummy. Rummy games are based on a straightforward system and a straightforward game object. The overall objective of this game is to build sets of three or four cards of the same rank or sequences of three or more cards of the same suit by drawing cards from the deck and discarding undesired cards from the hand to a deck, from which cards can also be drawn later, which is also called as discarded pile. Such pairings are called melds.

The very first thing to know about how to play rummy is that it is played using one or more than one conventional 52-card deck, depending upon the players, which includes a printed joker. The type of rummy being played determines the number of decks to be used in the game. Three decks are used in 21 card rummy, and two decks are used in 13 card rummy.

Now that we know almost everything about rummy, let’s learn how to play this card game. Rummy is played between 2 to 6 people, with one or more than one deck. All the players are dealt with 13 cards each. Using those cards, they need to form a pure sequence, an impure sequence, and a set. A pure sequence is a must in rummy. If a player fails to make one, his other sequences and sets are considered deadwood. The best way to play the game is by downloading an online rummy app.

A pure sequence is made when you combine three or more than three cards in a manner that they all are consecutive, and also they are of the same suit. For example, an ace, a king, and a queen of spades will work as a pure sequence, and the point value of these cards becomes zero.

A set consists of three or four cards, where all the cards have the same face value but are of different suits. A set is also very important to make a valid declaration.

In an online rummy game, you need to complete all the three criteria of making a pure, impure sequence along with a set to declare the game before your opponent. If you successfully achieve that goal, you become the winner.