What makes Online Rummy so Popular? 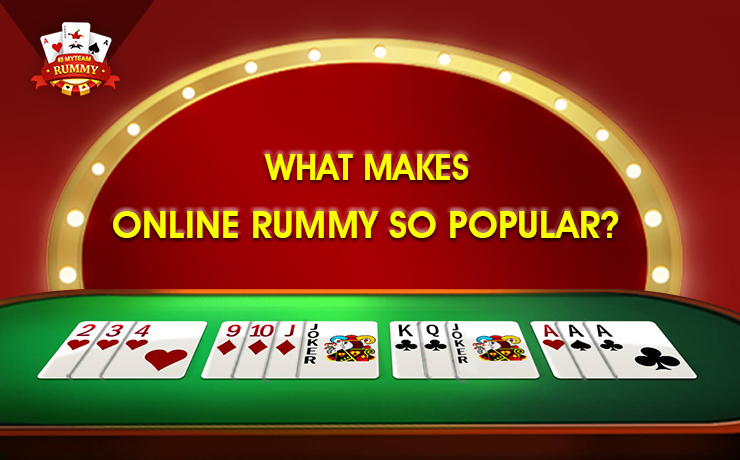 Whether we play rummy online or offline, the fondness of playing rummy will never fade away. It is a game that has been played in India for a long time and still enjoys the same levels of popularity among people.

With a number of variations being played across different corners of the world, the 13-card rummy game is the most popular in India. The major objective of the Indian Rummy game is to arrange the dealt 13-cards in appropriate sets and sequences before making a valid declaration.

There are a number of factors that altogether contribute to the overall popularity of the game. Today, we shall talk about the primary reasons that make online rummy one of the most popular games among people.

Traditionally, the game was used to be played during a family gathering and get-togethers. But now with its availability on online platforms, it can be enjoyed anytime, anywhere. One can access the game on low network areas. All you need to play online rummy is a compatible device and a working internet connection.

The game is considered to be 100% legal to play as it is government certified. Online rummy game is a game of skills. In such games, the winnings of an individual majorly depend on the skills of the player rather than depending upon the luck of the users. Therefore, the Government of India has defined it to be completely legal. Online rummy platforms maintain the legality, safety, and security factors. The payment gateways used for making deposits and withdrawing winnings are all secured with 3-d authenticated gateways.

Rummy plays a major role in defining your skills development process. Rummy is a game that enhances your decision-making skills as you need to be very much attentive while playing this game. It is very important to keep an eye on your opponent’s moves. It helps you making judgments about your moves, thus, increasing your focus too.

In online rummy gaming, the players get a variety of options in terms of content types such as pay-to-play contests, practice contests, tournaments, and play with friends contests. Also, players can enjoy rummy variants such as points, pool, deals, and raise rummy. This wide availability of options develops interest among players, increasing the game’s demand in the market. Various bonuses and cash prizes are also available on online rummy platforms that are seeking the attention of people. Day by day, the number of users playing the Rummy game is increasing and the interest of the players in the game has reached up to new heights.