History and Evolution of Rummy Game 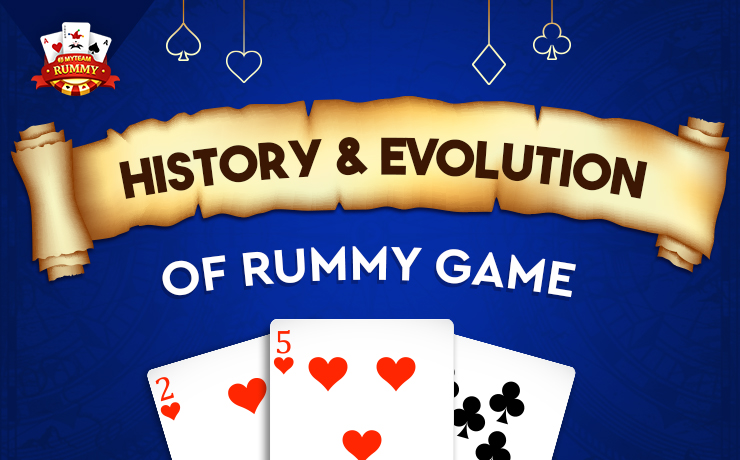 However, one thing that still remains a question for many, is how the game was originated and how has it evolved into what it is today. There are various beliefs about the evolution of games. Let’s discuss them all here.

Did the rummy game originate in Spain?

Nobody knows the exact fact behind the origination of Rummy. Some had a belief that it was actually originated in the 19th century somewhere in Spain from a card game called Conquian which is still under the war of words. It is believed that the people of Spain discovered it but due to Spanish migrants it spread to America as well.

And it is also believed that Conquian is the very first format of Rummy after which all other variations came into existence.

What about Asian Connection?

One more thought about the origination of Rummy is that the game has a connection with Europe of North America. Though, some other facts are there that connect it with Asia. Some people also had a belief that it might have originated from Mahjong – a Chinese game, thousands of years ago.

This game Mahjong is played in a manner similar to Rummy. This fact leads to the new concept and made people believe that Rummy was originated in China. And the Chinese people used to play this game on a large scale. Therefore, it is quite possible that rummy may have originated in Asia and reached somewhere in India because of migrants.

Also, one thought about Rummy is rummy has been developed from the Japanese game called ‘Hanafuda’, which evolved from Portuguese people who traveled to Japan.

Does it have anything to do with Poker?

Another myth about Rummy is, a format of Poker game called Whiskey Poker has been developed into Rummy. After that, it was overheard that the game was quite analogous to the contemporary Rummy game. Later onwards, it becomes popular as Rummy Poker and then finally named Rummy.

Why did the game become so popular?

Rummy is a fun-loving and easy game to learn and play. Anyone can enjoy this game as it throws new challenges every time you play. When Hollywood stars have started playing rummy in the 1930s, Rummy became more popular.

And in India, rummy was considered a traditional game. People used to play rummy at weddings, reunions, or social gatherings. Many are already acquainted with the game and this is an important reason behind the game getting popular.

How did the game get the name Rummy?

It was heard that the Rummy game was named after the word ‘Rum’ which is British Slang for odd, peculiar, strange, or queer. Few had a thought that it could have also come from ‘Rum Poker since the game is assumed to be the ancestor of all rummy games.

In our society, distinct anecdotes are popular about Rummy. The rummy game was played for Rum. Shocked? But it was heard that the loser had to purchase the Rum for the winner and the people sitting near around.

After reading all the above points, we cannot say from where the game has actually evolved and originated. But besides this, the game has earned a lot of popularity and fame. The game is played worldwide by people of all above age groups and is keeping people engaged.

And one more important thing to note about Rummy is, it is a very ancient game but today also people’s love for Rummy has not vanished. And because of rummy being available online, it is seeking to captivate the attention of more people.