Top 5 Features an Online Rummy App Must Have 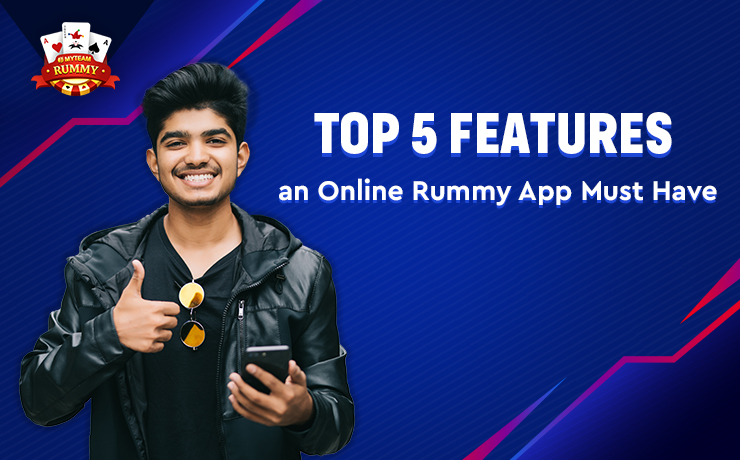 These days, the online Rummy game is becoming an intellectual source of entertainment and brainstorming activities. And having this game in the form of an app is making it more universal. As the number of sites is increasing incredibly, the creation of the number of apps is also increasing very rapidly. But the popularity and usage of the app depend only upon its feasibility, facilities, and support system. Check out some of the features that are important while judging an online rummy app on the basis of feasibility and ease offered.

Following are the must-have features for an online Rummy app,

The main aim of using a user-friendly interface is to provide a good user experience. It means that the app can be easily accessed on mobile as well as on any other device. Besides this, it also needs to be captivating and easy to use. It should be a simple, reliable, and easy access provider.

Another important feature is simplicity in downloading. Generally, gaming apps require a huge amount of data and storage space, but this problem is solved at MyTeamRummy. It is lightweight and provides smooth gameplay functionality. This game can be accessed even at the 2G network speed also.

The most important feature to keep in mind is that the app and website should offer a great deal of flexibility in terms of its withdrawal as well as for depositing the amount. An instant withdrawal facility is provided by the MyTeamRummy app to all its users and this instant withdrawal feature is making this app a good and authentic choice to play, increasing its demand among the players. This feature does give players an added incentive to pay for playing games and to trust the website.

It should be Disturbance Free

Unwanted banners or advertisements on an online app or website are one of the biggest reasons behind the declining popularity of a platform as they irritate the user. The irritation caused among the users forces them to stop using that particular app. Thus, it is important that an online rummy app must offer a smooth, ad-free experience to the users.

Four main variants are there in Indian Rummy and these variants make a particular app the best to be used among the others. Usually, Rummy players like to alter in between Points, Deals, Raise, and Pool Rummy according to the time. Few variants opt to play for one deal while other variants opt for many. It varies from variants to variants and their requirements and choices towards the game they made when they commence the game